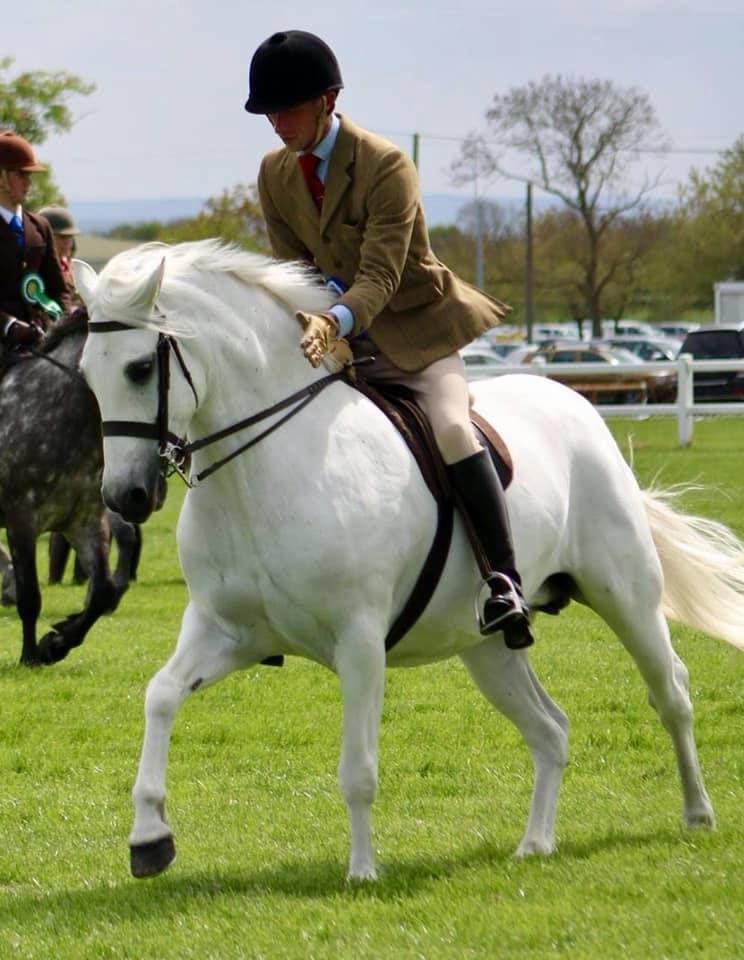 'Boyne Girl' qualifies for Royal International Horse Show!
08/05/2019
Prince has had plenty success in siring jumpers. But this mare is the first success in the show ring that I know of.
'Boyne Girl' by Ballyard Prince, out of a Burren Rocket mare has qualified for the Royal International Horse Show by winning the qualifying class at the SW Counties Show in England on March 8th. She also came 2nd in the HOYS NPS/Baileys MM-Connemara - Ridden Qualifier at the NPS Spring Festival Show on 27th April at the Royal Three Counties Showground. Congratulations to the owner Jane Andrews and rider William Chatley. --- More pictures of her will be posted in the PROGENY GALLERY in due course.
Next
Previous